The true meaning of the band’s name…. “Revolver” by Jay Uva

Over the years of the band’s existence, every now and then people would ask us how the band settled on the name.... “Revolver". Before any of us could even answer the question we would have multiple rapid fire questions volleyed our way : “Did you name the band after the gun?” or “ Are you a Beatle’s tribute band? Wait!….what?….no!….Being a huge Beatle’s fan Howie would have loved to make you think so. While discussing this very subject at length a while back with the two founding members of the band, Howie “Zowie” Colclough and Ron Andrews the name of the band had a more significant meaning than anyone would expect. The band has been through multiple line up changes over its 45+ year history. Revolver has performed many different styles of music over the years playing technical rock by legendary bands such as Steely Dan,Yes and Jeff Beck, to performing Disco and Pop music, right up to their present day genres of Blues, Classic, and Southern Rock….(Allman Brothers Band, Bad Company, Lynyrd Skynyrd…..you get the picture!) Revolver has “Evolved” over the years due to the constant growth and steady progression of music the band has ingested, performed and “Revolverized”.

The true meaning of the name Revolver is this: It’s the “evolution of Rock & Roll”….two R’s on each end of “evolve”. We’ve seen the band’s name grace many club marques as: “The Revolvers” or “Revolver Band” to name a couple….Nope !….it’s “Revolver”….The Rock band from the North Shore area of Boston, Ma. that has delivered quality kick-ass music since the Summer (July) of 1977. So there you have it....and the rest they say....is history....still being made to this day....

The members of Revolver want to express our sincere gratitude and thanks for all of the support we have received through the years. We still love to perform for our fans as well as for those hearing us for the first time (where in the hell have you been!…Lol!). It’s a privilege and still a thrill to play music for people, to take away their worries of life, even for just a little while…..Music = Life! In our opinion it’s the best stress relief there is! We still have some gas in the tank  and look forward to continuing this Rock & Roll journey to see where it takes us...Thanks for coming along for the ride!!

The rock band Revolver was formed in the Summer of 1977. Based in the City of Lynn, Ma. the band has gone through many “evolutions” over the years. Here is a time line of the band Revolver from 1977 to the present (currently June 2022).

Note to fans: This is as accurate as we can all collectively remember....it’s been quite a few years and the CRS (Can’t Remember Shit) syndrome may have set in....a little. Here goes: 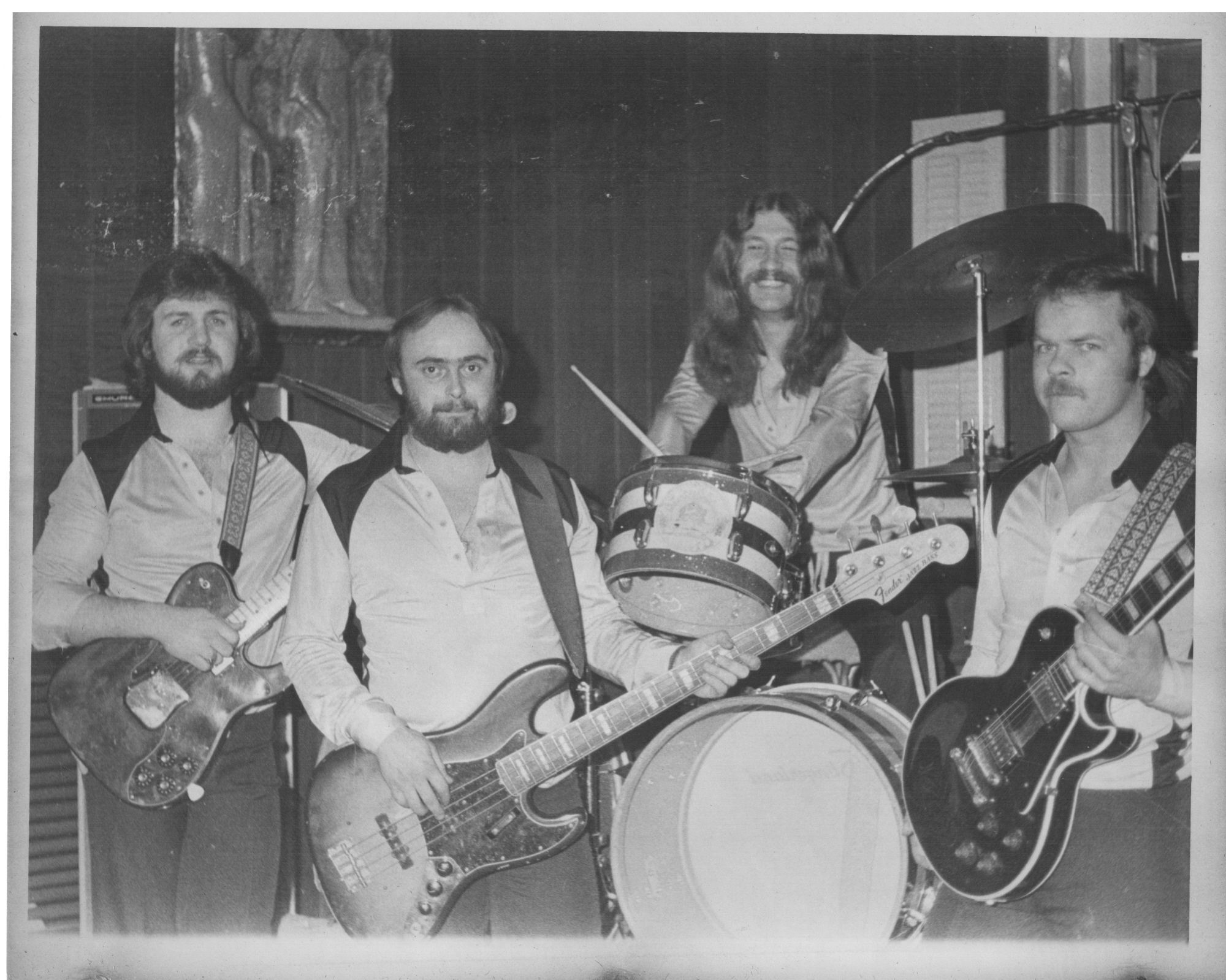 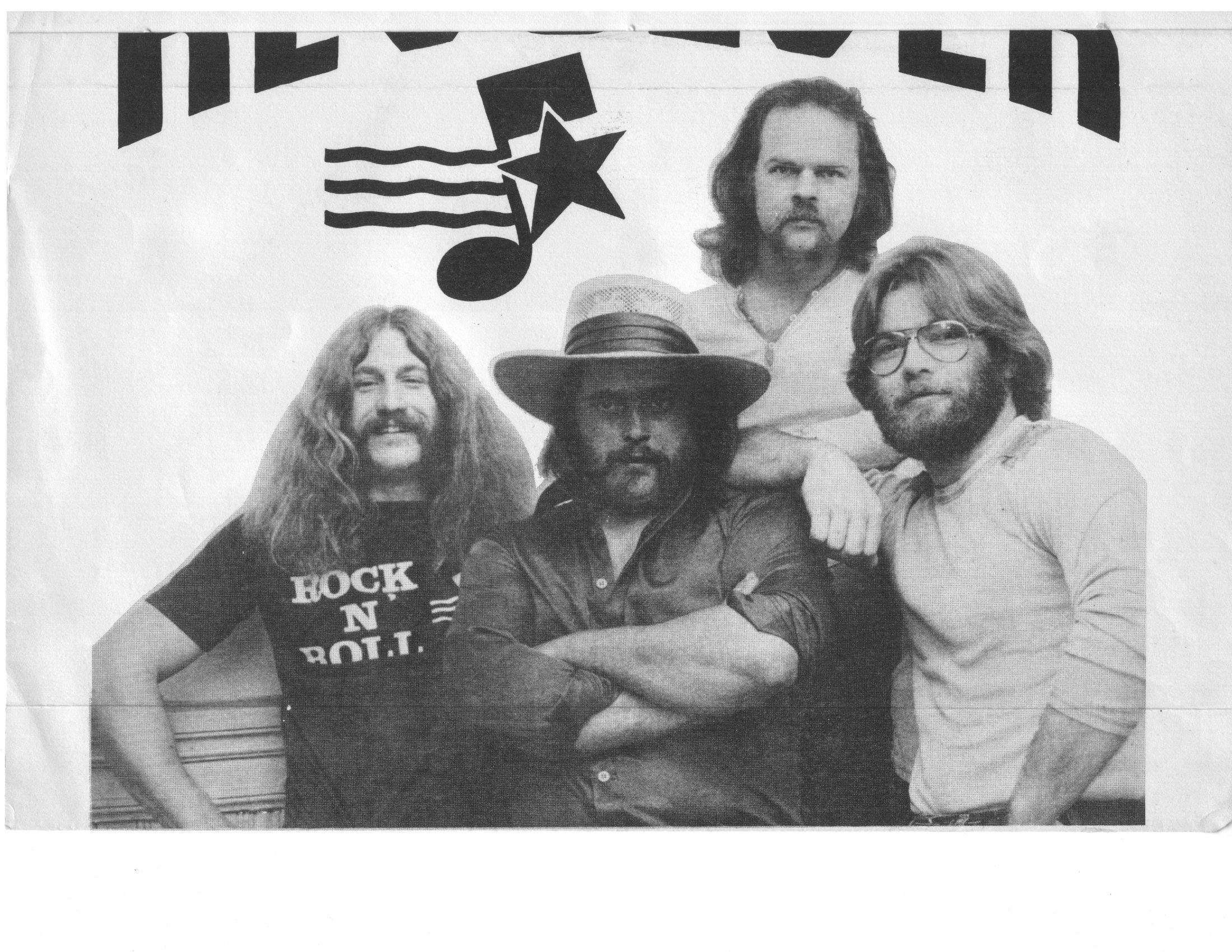 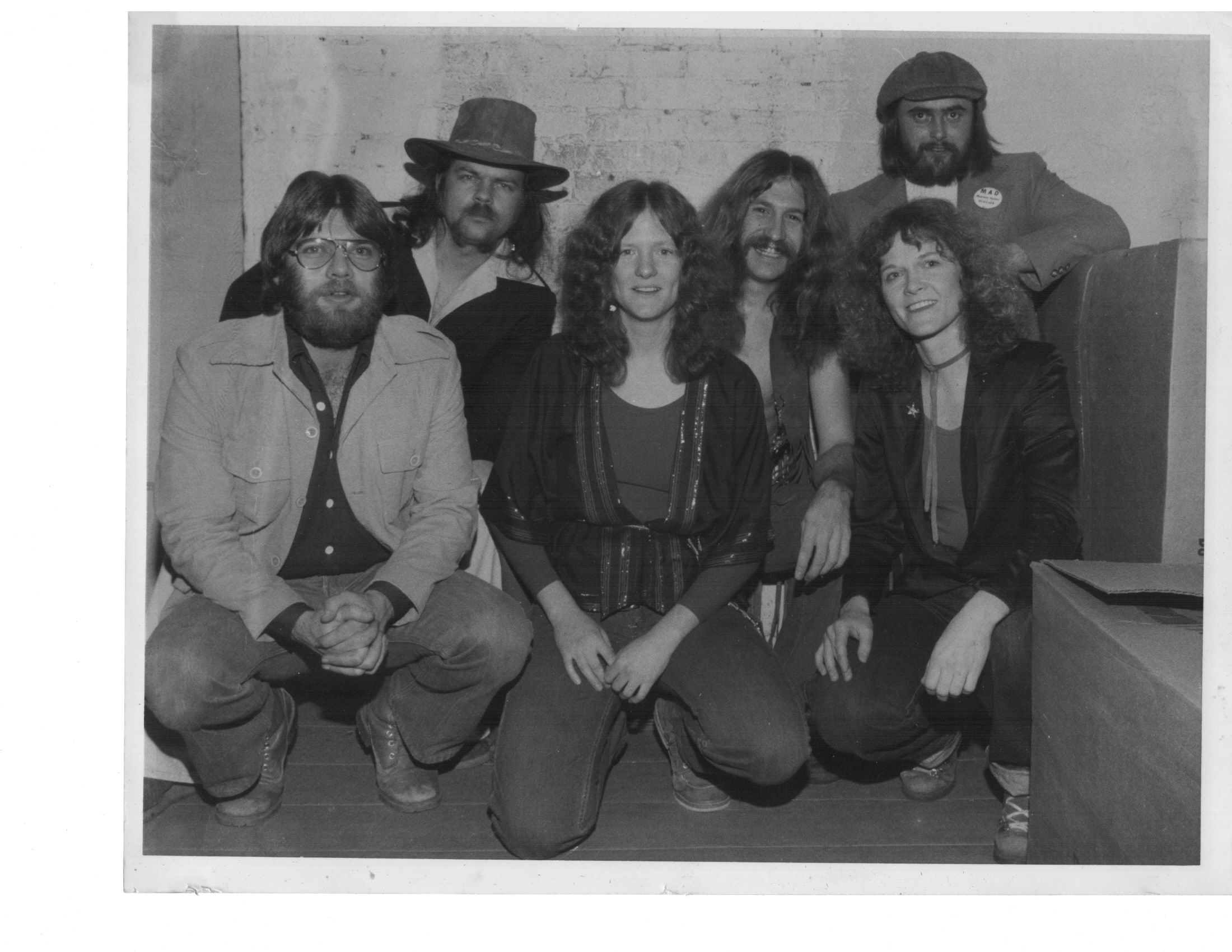 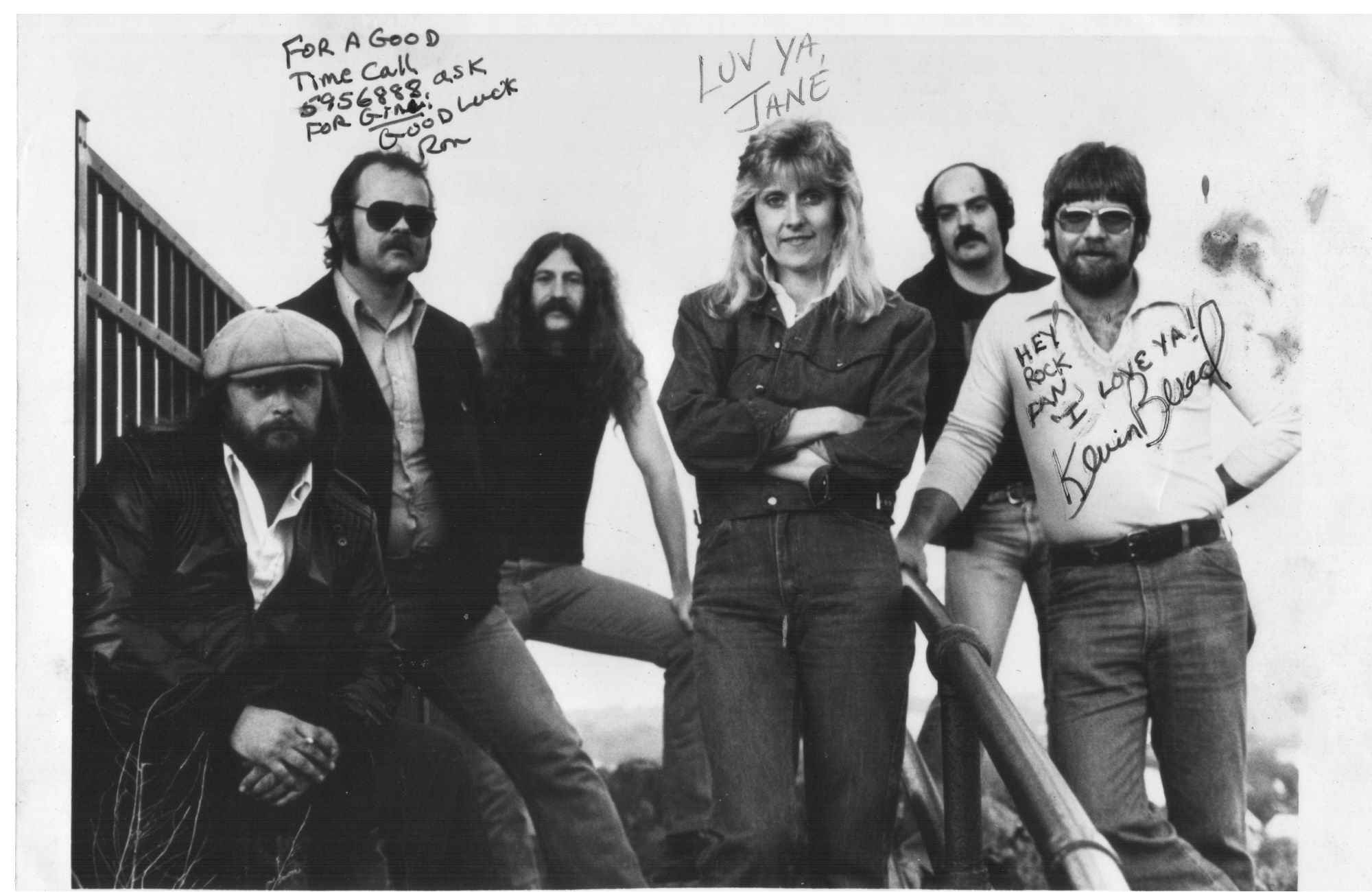 - From 1984 through 1987 Ron, Howie and Bob spend most of their time in the studio recording music.

- In 1987 Barry Hynes - (1987-1999) Vocals and Keyboards join Ron, Howie and Bob in Revolver. The band starts out again playing frequently in the local club scene. 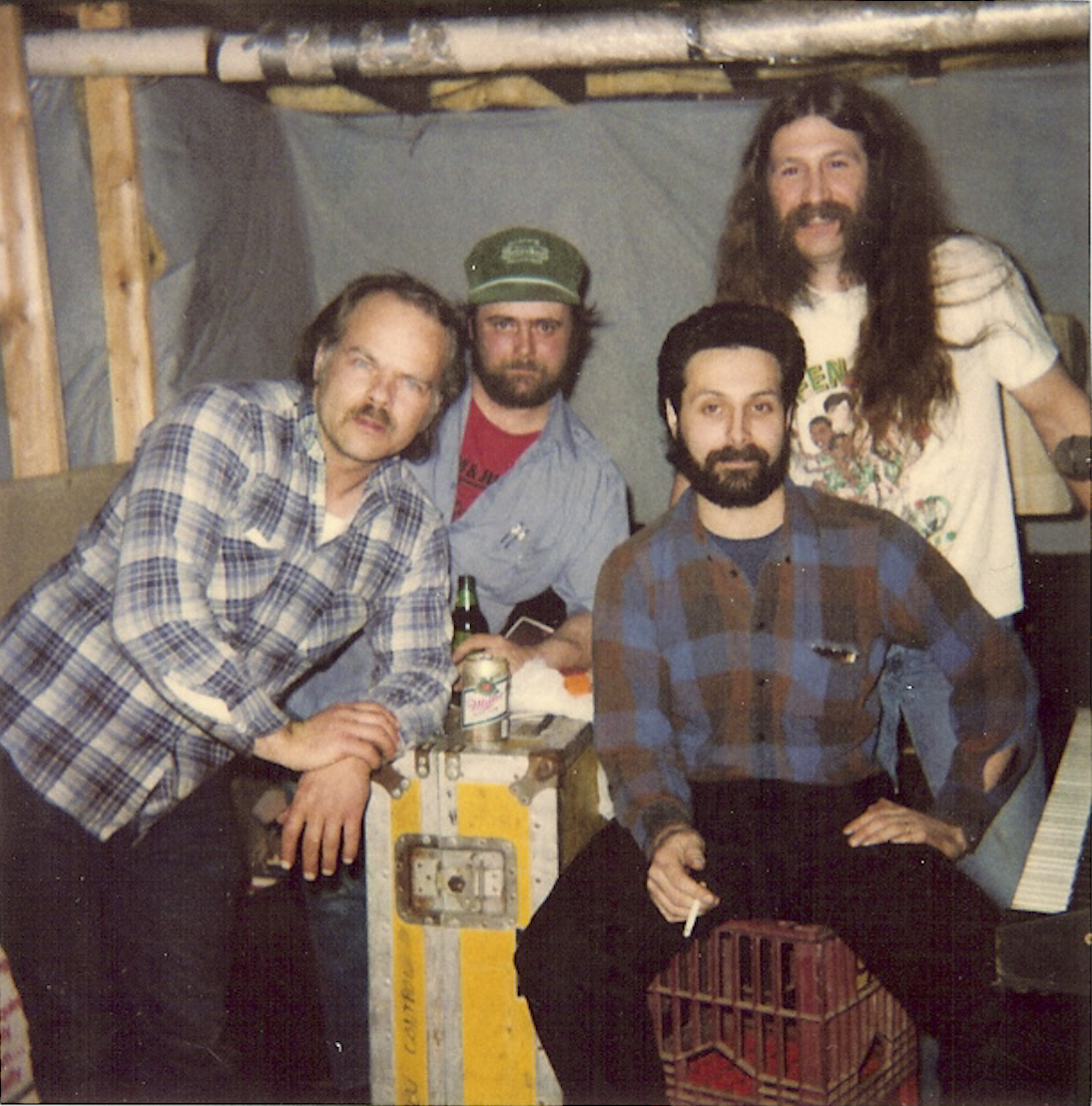 - Looking for another guitar to give the band a fuller sound with a two guitar attack, It’s in November of 1989 that Jay Uva Guitar, Vocals (1989-present) joins the band. 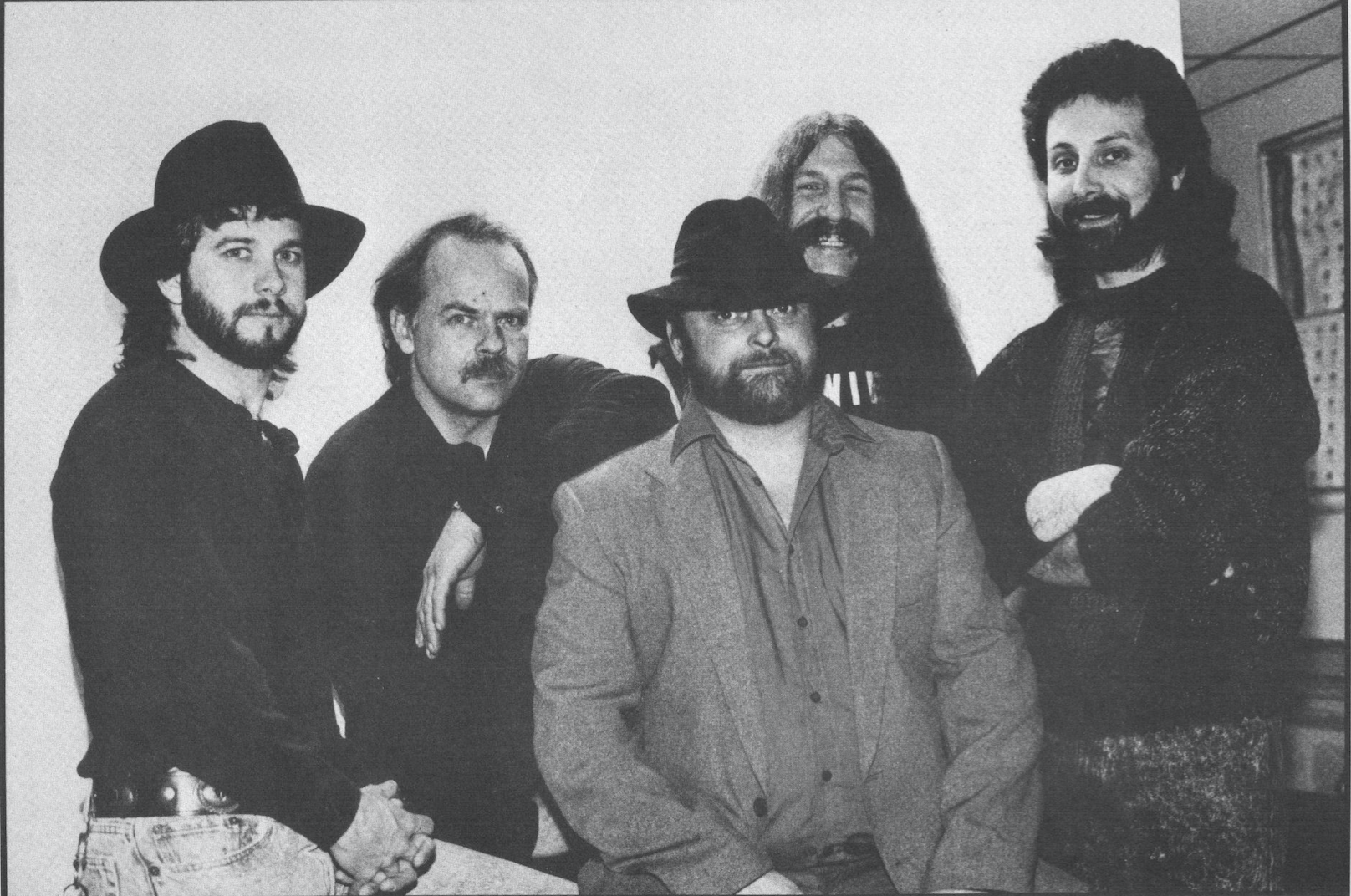 - Later in 1991 Revolver fills the void left by Bob and continues on when bass guitarist Brian Foisy (1991-92) join Ron, Howie, Barry,and Jay in the band. 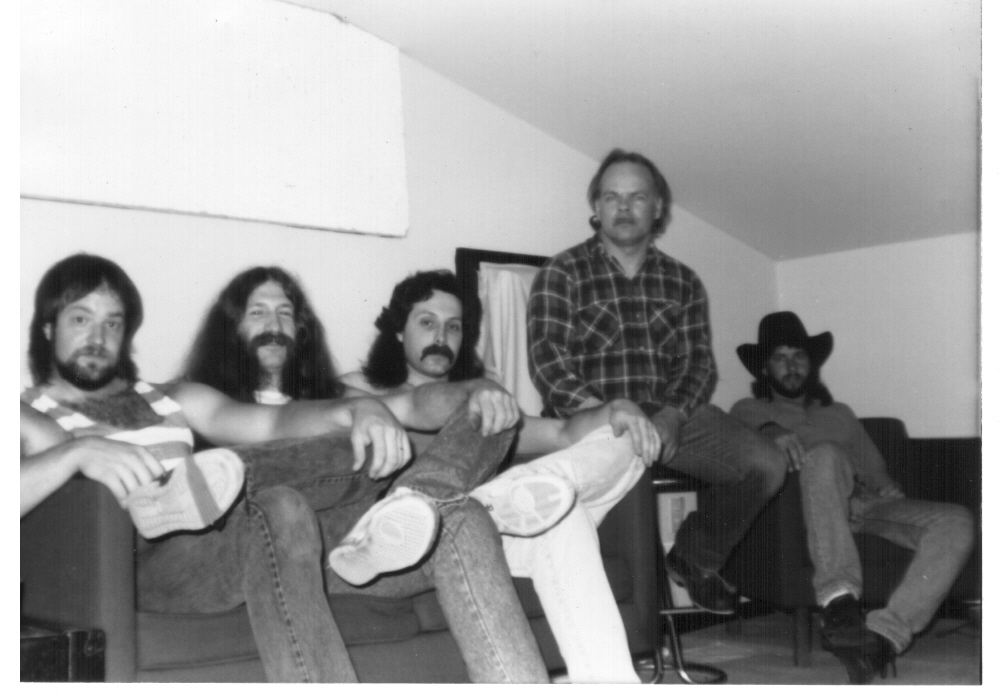 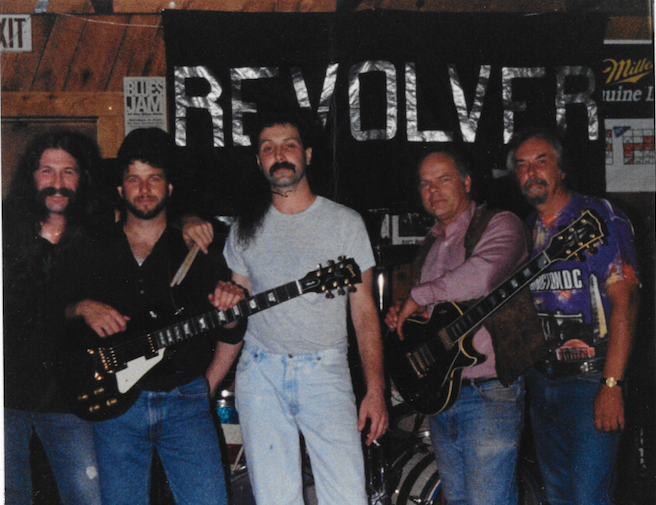 - In 1998 Rolly departs the band and bassist Ron Belben (1998-present) joins Revolver. - In 1999 Barry Hynes leaves the band. Revolver plays without a keyboardist for about a year and a half. 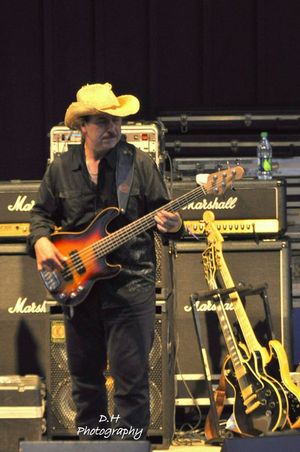 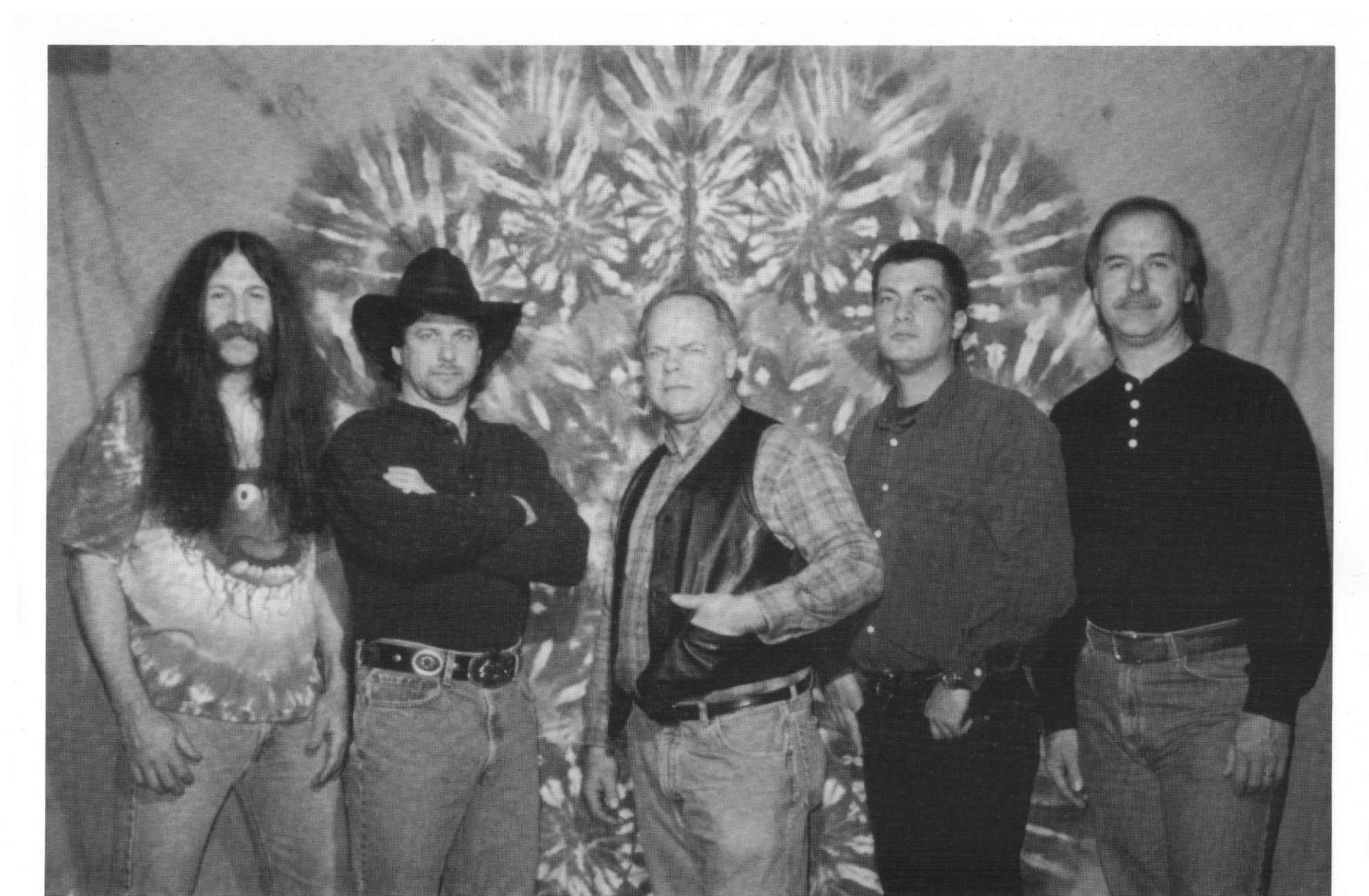 - Throughout 2005 and 2006 after many guest appearances on stage with the band
Jim “Hippo” Petropoulos- (2006-2020) Vocals, Harmonica, Percussion joins Revolver. 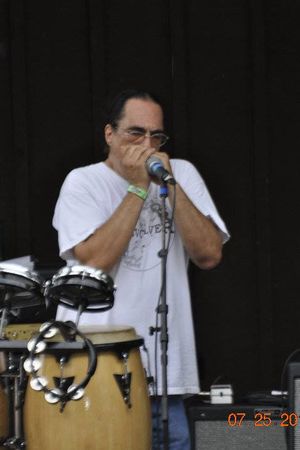 - In December of 2006 Howie departs Revolver...in his own words...”due to mental illness!!”
-The beginning of 2007 drummer extraordinaire Neil Buckley fills in on drums until the band finds a permanent drummer. Rest in peace friend. 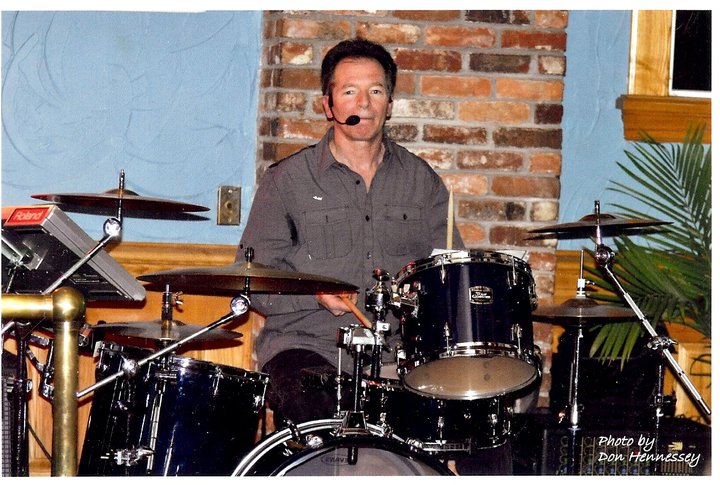 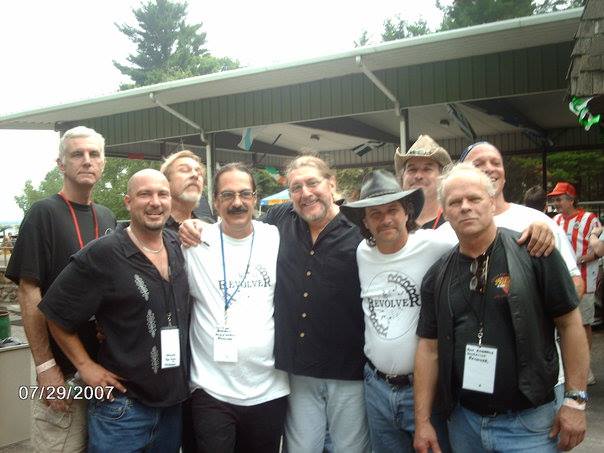 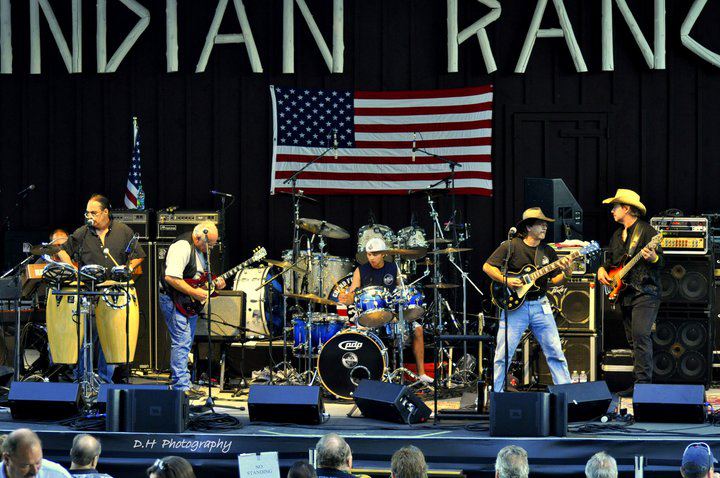 - On August 14th 2011 the band receives the sad news that former keyboardist Kevin Berard passes away. Rest in Peace friend...

- In January of 2016 keyboardist Tom Rossi departs the band to pursue other projects and focus on his growing family and new job career.

- In June of 2016 Jim “Hippo” Petropoulos leaves Revolver to pursue other projects.

- December 2nd, 2017 - Tom Rossi starts to play with us again. Has played all but one gig, so he's basically like back in the band or something...to be continued

Throughout the years Revolver has been fortunate to have many talented local musicians join them on stage. Honestly there are too many to remember, but big thanks go out to Brenda Francis, Regina LaCascia, Dave Stefanelli, Eugene Richard, Mike Morrison, and Lou Spagnola to name a few. Another big thanks to bassist extraordinaire Mr. Terry Cole for filling in on the backbone of the rhythm section with the band from time to time. We look forward to jam with you again!!
We would also like to thank the people who helped us to run our shows for almost 40 years; Our various sound-men, Mike Shea (1978-1979), Gary Colclough (1979-1997), Ted Bilias (1997-1999), Glen Howard (2000-2004), Rob "The Chief" Lutz (2004 - 2016) and lightning tech and fill-in sound guy- Jerry Fintonis (throughout the '90s). One last thanks goes out to all the guys who helped us move the equipment throughout the years; Brian Barr (Rest in Peace- date unknown at this time), The "Infamous Road-Kill Road Crew": Chuck DeFranzo, Russ Severance, and Doug "Jeff" Jefts (Rest in Peace Friend, April,2015)

The present line up of Revolver as of June 2022 is as follows:

A message from Revolver:

It is with great sadness and a heavy heart that the members of Revolver announce the passing of one of its founding members: Local Rock Icon and Vocalist, Drummer, and Percussionist Howie "Zowie" Colclough. Howie passed away Wednesday evening December 21, 2016 after an eight year battle with a rare form of cancer. It's been an honor sharing the stage with you all these years Zowie....Rest in Peace Dear Brother....You will be missed....Now go jam with Bob, Kevin and the others and have a shot of buka with the boys and we'll see you when we get there!
In Memory.... 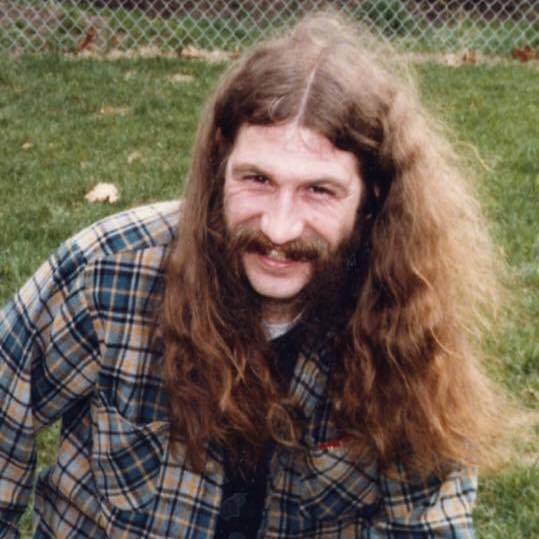